rails complains that the ruby version in my gemfile and the ruby version i’m using are different even though i’ve matched them up with rvm and removed .ruby-version file I’ve read solutions like reinstalling bundler but none of those tricks helped

Execute ruby -v in the terminal and make sure that the ruby version you think it’s using is really the correct one. If RVM is not in the path, or not being loaded in new terminals, you might be using the system version, not the one installed by RVM.

Thanks but it returned 3.1.2 and there’s no system ruby installed

Are you using an IDE like Rubymine? Those usually have an SDK option that overrides the system ruby version inside their own terminals. 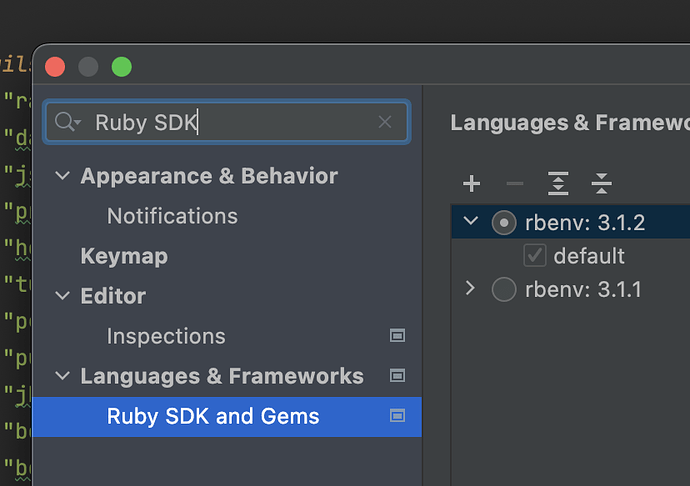 I’m using atom in development and vi on the server

Also, to help narrow down the issue, try running all commands in the Terminal only. Are you able to run bundle install and then bin/rails s from the Terminal? If so, try again with your previous setup. If it fails, then that means the issue is specific to your setup.

Also, what does “vi on the server” mean? Can you post a screenshot of your setup and in which application you’re getting the Ruby version mismatch error?